What opportunities could the COVID-19 outbreak offer for sustainability transitions research on electricity and mobility?

Abstract: The COVID-19 pandemic is a major landscape shock that is having pervasive effects across socio-technical systems. Due to its recentness, sustainability scientists and other researchers have only started to investigate the implications of this crisis. The COVID-19 outbreak presents a unique opportunity to analyze in real time the effects of a protracted landscape-scale perturbation on the trajectories of sustainability transitions. In this perspective, we explore the ramifications for sustainability transition research on electricity and mobility, drawing from selected examples in Finland and Sweden. The long-term consequences of the COVID-19 pandemic are likely to trigger more permanent changes connected to the digitalization of work and other daily activities, thus reducing mobility needs and overall fossil-energy consumption. The crisis may encourage governance systems to be better prepared for different types of shocks in the future, while it also contains a threat of increasingly populist or undemocratic political responses and increased securitization. These developments can guide research by addressing the reproduction of new practices arising from the COVID-19 outbreak to accelerate sustainability transitions, enhancing understanding of the role of governance in transitions, and bringing to attention the ethical and political implications of landscape shocks. 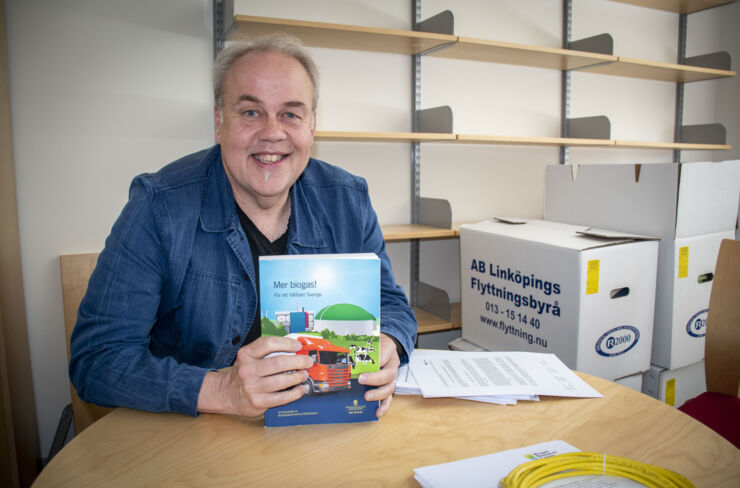 Abstract: This article presents results from a project involving local practitioners in the construction of scenarios for a regional energy and transport system. The purpose is to demonstrate how sustainability transitions research can interact with local practice by means of socio-technical scenarios. Combining quantitative data with qualitative storylines, the article presents four scenarios, which describe different ways of using biogas, biodiesel and electricity in four different applications: city buses, inter-city buses, heavy-duty trucks and industrial processes. The article compares the four scenarios in terms of realization possibilities, energy efficiency and greenhouse gas reduction. Focusing on near-term realization on a commercial basis, the research findings suggest that collaborative scenario construction can be a useful strategy to manage conflicting agendas and engage key stakeholders in dialogues on transition pathways. The article concludes by presenting policy lessons for practice-oriented transition management. The lessons point to the importance of flexibility in system delineations, the critical timing of near-term scenarios, and the use of scenarios to outline local practitioners’ agency.

• Multi-level and life-cycle-based taxonomy of biogas production from food waste.

• A hypothetical example demonstrating the use of the suggested method.

Abstract: The anaerobic digestion of food waste can not only enhance the treatment of organic wastes, but also contributes to renewable energy production and the recirculation of nutrients. These multiple benefits are among the main reasons for the expansion of biogas production from food waste in many countries. We present methodological insights and recommendations on assessing the environmental and economic performance of these systems from a life-cycle perspective. We provide a taxonomy of the value chain of biogas from food waste which describes major activities, flows, and parameters across the value chain with a relatively high detail. By considering the multiple functions of biogas production from food waste, we propose a few key performance indicators (KPI) to allow comparison of different biogas production systems from the perspectives of climate impact, primary energy use, nutrients recycling, and cost. We demonstrate the operational use of our method through an example, where alternatives regarding the heat supply of the biogas plant are investigated. We demonstrate how global and local sensitivity analyses can be combined with the suggested taxonomy and KPIs for uncertainty management and additional analyses. The KPIs provide useful input into decision-making processes regarding the future development of biogas solutions from food waste.

Abstract: The production processes of the pulp and paper industry often run in campaigns, leading to large variations in the composition of wastewaters and waste sludges. During anaerobic digestion (AD) of these wastes, the viscosity or the production of extracellular polymeric substances (EPS) and soluble microbial products (SMP) may be affected, with the risk of foam formation, inefficient digester mixing or poor sludge dewaterability. The aim of this study was to investigate how viscosity and production of EPS and SMP during long-term AD of pulp and paper mill sludge is affected by changes in organic loading rate (OLR) and hydraulic retention time (HRT). Two mesophilic lab-scale continuous stirred tank reactors (CSTRs) were operated for 800 days (R1 and R2), initially digesting only fibre sludge, then co-digesting fibre sludge and activated sludge. The HRT was lowered, followed by an increase in the OLR. Reactor fluids were sampled once a month for rheological characterization and analysis of EPS and SMP. The production of the protein fraction of SMP was positively correlated to the OLR, implicating reduced effluent qualities at high OLR. EPS formation correlated with the magnesium content, and during sulphate deficiency, the production of EPS and SMP increased. At high levels of EPS and SMP, there was an increase in viscosity of the anaerobic sludges, and dewatering efficiency was reduced. In addition, increased viscosity and/or the production of EPS and SMP were important factors in sludge bulking and foam formation in the CSTRs. Sludge bulking was avoided by more frequent stirring.
Keywords: Rheology · Extracellular polymeric substances · Soluble microbial products · OLR · Sludge bulking

Abstract: Trace elements (TEs) are vital for anaerobic digestion (AD), due to their role as cofactors in many key enzymes. The aim of this study was to evaluate the effects of specific TE deficiencies on mixed microbial communities during AD of soluble polymer-free substrates, thus focusing on AD after hydrolysis. Three mesophilic (37 °C) continuous stirred-tank biogas reactors were depleted either of Co, Ni, or a combination of Se and W, respectively, by discontinuing their supplementation. Ni and Se/W depletion led to changes in methane kinetics, linked to progressive volatile fatty acid (VFA) accumulation, eventually resulting in process failure. No significant changes occurred in the Co-depleted reactor, indicating that the amount of Co present in the substrate in absence of supplementation was sufficient to maintain process stability. Archaeal communities remained fairly stable independent of TE concentrations, while bacterial communities gradually changed with VFA accumulation in Ni- and Se-/W-depleted reactors. Despite this, the communities remained relatively similar between these two reactors, suggesting that the major shifts in composition likely occurred due to the accumulating VFAs. Overall, the results indicate that Ni and Se/W depletion primarily lead to slower metabolic activities of methanogenic archaea and their syntrophic partners, which then has a ripple effect throughout the microbial community due to a gradual accumulation of intermediate fermentation products.